People Who Change And Move the Diamond Industry 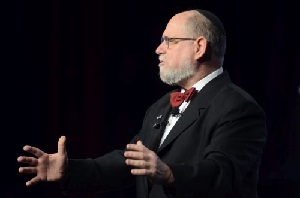 Fast-talking, bossy and single-minded, Martin Rapaport is on a mission to bring Fair Trade diamonds to an industry that has made multi-millionaires of some and virtual slaves of others. It’s an audacious idea. A fair trade diamond would give an impoverished African miner, who earns about a dollar a day, a more equitable share in the wealth of the backbreaking stone.

In a rapid fire Rapaport sound bite, the idea can be reduced to fair pricing, fair wages. He reckons there’s about a 50/50 chance of creating a market for fair trade diamonds. He’s determined to turning the odds in his favour.

Martin Rapaport is no stranger to controversy. He started his career as a diamond sorter in Antwerp, Belgium. In 1975, in New York City, he brokered rough and polished diamonds. But then in 1978 Martin shook up the industry. Before then, the diamond business was cloaked in secrecy.

When Martin published what is known as The Rapaport Sheet, a price list for diamonds coming to market, buyers could, for the first time, see what a fair price was. For a brief time, the bottom dropped out of the business. Many had profited from secrecy. Rapaport had his life threatened and for two years he had to wear a bulletproof vest.

Martin no longer has to wear a bulletproof vest but he still flirts with danger and controversy in Sierra Leone – one of the poorest countries in the world and the first stop in his fair trade campaign. He’s furious that the diamond industry takes out hundreds of millions worth in diamonds annually but fails to do its part in leaving a lasting legacy of development in the towns and villages of Sierra Leone – places so rich in diamonds but, by virtually every other measure, impoverished. For Martin, the industry has a responsibility to ensure that “the diamond dream is as much the woman in Sierra Leone as it is the woman on Fifth Avenue.” 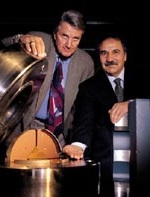 Carter Clarke is revolutionizing our very concept of what a diamonds is. Think it’s a gem mined from the earth, older than humanity itself? Well, not always, according to Clarke. He’s the Founder and Co-Chairman of The Gemesis Corporation, where machines create coloured diamonds in just four days, a process that in nature, takes millions of years.

What was once exclusive to nature is now produced in Sarasota, Florida, limited only by the number of diamond machines General Clarke can cram into his warehouse. You won’t be able to tell the difference between a laboratory-grown gem and a real diamond; they share the exact same chemistry and physical properties.

Bargain-seeking consumers can thank the Russians – a business trip to the Soviet Union in the 1980s brought the General into contact with the raw technology and an offer to buy the whole outfit.

Now that he and his team of engineers have coaxed enough gem-quality diamonds from their lab, Gemesis is hard at working creating a market niche. But the General still has to battle for the hearts and minds of consumers who’ve grown up falling in love with diamonds that come from the earth. Not only that, but he also has to deal with the fears of the industry that banks billions on that love affair.

The biggest player in the game, De Beers, has created the Consumer Confidence Program – formerly the Gem Defensive Program – to cut synthetic diamonds off at the pass. Their campaign: to quash the notion that a diamond is anything other than a geologically created rarity. The General’s objective: to bring his goods to the diamond market and to call them diamonds – “cultured diamonds” to be precise.

The General is ready for combat. He’s a graduate of the U.S. Military Academy at West Point, NY. He’s been on tours of duty in Vietnam and Korea. Can the diamond industry force the General and his gems to surrender? So far, Israel has banned imports of manufactured diamonds. And, in the U.S., courts have ruled that the term “cultured diamond” is not allowed. The General says it’s not up to anyone but the consumer to decide.