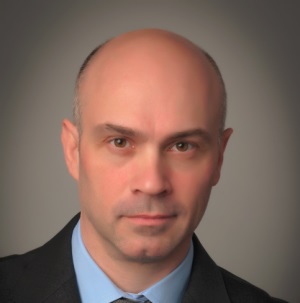 Richard Lennox is entrenched in the love story of diamonds. He has to be. He uses the story to help sell diamonds, year after year. With each campaign Lennox invigorates the age-old story of love. He’s the director of the diamond account at J Walter Thompson, where one diamond campaign alone can cost 50 million dollars – small change when the campaign is expected to generate over 10 billion dollars in sales.

Lennox has been at JWT for 15 years, working on campaigns for products like breakfast cereals and washing detergents. Seven years ago Lennox was offered the opportunity to work on the “De Beers business,” a file he’s maintained ever since. He and his team of advertisers create the story around the stone.

For Lennox, it’s about communication. Diamonds fill the gap where there are no words between a man and a woman. “It’s about love. We’re not really selling a product. What we’re marketing is a form of communication: what he wants to say and she wants to hear,” says Lennox.

When he was in university, Richard Lennox worked at the London Zoo. He studied the behavioural characteristics of big cats, lions in particular. According to Lennox, it sparked a fascination with why animals, including humans, do what they do. He still studies behaviour – these days, the behaviour of consumers in love with diamonds. 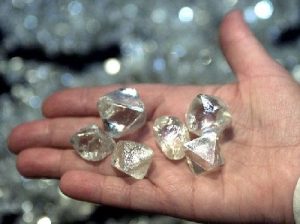 Alan Middleton knows it takes a great deal of creativity to keep selling diamonds. He understands marketing as a form of social engineering. After all, no one needs diamonds to survive. For Middleton, the genius of De Beers and the diamond industry is how they transformed a piece of carbon into a 70 billion dollar a year industry.

He knows the precise formula for this bit of marketing magic; he knows it because he was once a master at it. Alan Middleton is an insider. And he’s worked for the best: De Beers. Middleton was President and CEO of J. Walter Thompson in Japan and Executive Vice President and a director of the global company that held the De Beers diamond account. During his tenure in Japan he continued the 20-year process of steering diamonds from a mere curiosity to the must-have gem for eight out of ten brides.

He’s an academic now, and has taught marketing around the world. As an international expert on brand management and consumer behaviour he’s focused on his current research – the building of international brands. Industry professionals turn to Middleton as a marketing guru. He’s a highly sought-after speaker and professional trainer who has received numerous awards for his research and teaching. When he teaches Marketing 101 to the next crop of young business leaders, diamonds are his first lesson.