Stories of People in the Diamond Industry – The Communities 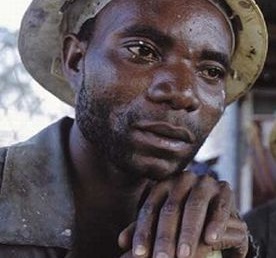 The mining world is paying close attention to the determined struggle of Willem Diergaardt and the people of the Richtersveld – one of the poorest communities in South Africa. For over a decade Willem has been at the forefront of his community’s landmark struggle for the return of their land and control of the diamond mine that sits on top of it.

In 1923, diamonds were discovered and the Nama people were evicted from the Alexander Bay area along the northwest coast of South Africa, not far from where the Orange River snakes along the border with Namibia. Since then, billions of dollars worth of diamonds have been pulled from the costal lands.

The government and private prospectors got rich from diamonds, while the Nama were kept back by high fences and the policies of apartheid. Without their land to farm, there was little the Nama men could do except work in the mines. The diamonds from the mine were sold to De Beers.

Willem Dieergard wasn’t alive when the sparkle of diamonds divided his people from the land, but his ancestors were. For years, like those before him, Willem worked for a nearby diamond mine. The ANC took power in 1994 and a new constitution made land claims possible. Willem began to work alongside community elders and a crusading team of legal aid lawyers from Cape Town and Johannesburg. Eventually he became one of the lead negotiators and spokesperson for the community.

In 2003 they won a landmark case for aboriginal land rights: the highest court in South Africa ruled that the Richtersveld community had been removed from their land under racist laws, and was therefore entitled to have it, and the mineral rights, returned to them, finally giving them legal control of the land and its valuable diamonds.

The battle didn’t end there; years of appeals and tense settlement negotiations have continued. Willem and the community have been fighting for over a decade but they are closer than ever to reclaiming their land and holding the keys to a diamond mine. The reparation funds that come with it will enable them to focus on important community development initiatives.

For the first time in over 80 years, their future will lie in their own hands. Many experts, Willem and his fellow community members included, believe that their negotiations with the government are a landmark in the history of the new South Africa and a test case for the continent and indigenous people around the world. 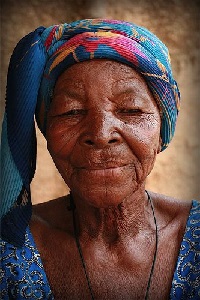 Maria Farmer is a Nama nurse and elder. In 1923 diamonds were discovered on her ancestors’ traditional lands along the northwest coast of South Africa, not far from where the Orange River snakes along the border with Namibia. Fences were erected and the Nama were forced inland to make a new life in the desert.

Maria Farmer grew up hearing stories of her people’s past, in a place called Buchuberg, an idyllic spot overlooking the ocean where the land was lush and the cattle grazed in meadows. When diamonds displaced her people, that land became the Alexkor mine and the gated mining town of Alexander Bay. Her childhood was spent not on the coast, but playing in the desert near the feared diamond mine.

On the mine’s perimeter fence hung a sign of a skull and crossbow: a bad omen, enjoining Maria and her people to stay away. For Maria, diamonds were a curse, a stone to be loathed. She heard stories about people being imprisoned for simply picking up a diamond. She knew that in her world, stealing a diamond was a more serious crime than raping a woman.

A lot has changed in the new South Africa, a country emerging from the shadows of apartheid and rewriting the wrongs of the past, in which diamonds divided haves from have-nots and Black from White. The land claim she helped initiate was won in 2003, a landmark case for aboriginal land rights in South Africa. The highest court in the land ruled that her people had been removed from their land under racist laws, and were therefore entitled to have it, and the mineral rights, returned to them. The battle didn’t end there; years of appeals and tense negotiations have continued.

When the Nama finally manage to hold the keys to a diamond mine, Maria insists she doesn’t want to become wealthy; all she wants is a home where the roof doesn’t leak. And, as she says, for diamonds no longer to be the stone that divides. 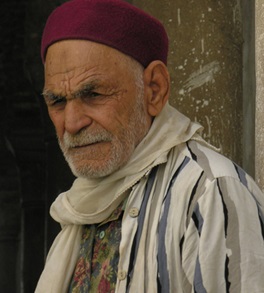 There is a huge hole in the ground where Chief Floyd Sangris used to go fishing. While Sangris and his people watched, lake water was pumped from Lac de Gras to make way for a mine. Ten years and 1.3 billion dollars in construction costs later, a corner of their traditional hunting and fishing grounds was replaced by the Diavik Diamond Mine, one of the world’s richest.
Another mine followed, and in just one decade, Canada would become the fourth largest diamond producer in the world. It turned Yellowknife, the capital of the Northwest Territories, into a boomtown.

Around the world, people who live on the land where diamonds are found rarely profit from them. But in Canada, multinational mining companies had to negotiate historic agreements with the aboriginal people for the right to exploit the diamond wealth of the land. The agreements they reached guaranteed the native groups jobs and compensation. Chief Floyd Sangris of the Yellowknives Dene was one of the negotiators.

Now, Chief Sangris is trying to strike a fine balance between jobs for his people and the preservation of his ancestral lands and culture. The balance, he says, is all about survival. It’s not a new phenomenon: before diamonds he saw company planes fly over the land for gold, and before that, uranium. He is old enough to have lived on the land but young enough to have played a part in the modern economy of resource extraction – a foot in both worlds, he says.

And so, along the diamond pipeline, Chief Floyd Sangris has become the guardian and conscience of his people’s land. He wants his people to benefit from the much sought-after stone, but he also wants them to understand the impact the mines have on their traditional way of life. When the diamonds run out in 15 years the Diavik mine will be taken down and sold for scrap. Chief Sangris plans to be there, asking the same questions and watching out for his people.